Videos appear in order of most recent at the top to my first public disclosure at the bottom.

To view this LA Times video, you may have to use sliding bar on right to scroll down to it.

CBS Baltimore WJZ Johns Hopkins Under Pressure To Rescind Cosby’s Honorary Degree 10/30/2015 BALTIMORE (WJZ) — Johns Hopkins University is under growing pressure to take back the honorary degree it awarded Bill Cosby. The comedian is accused of sexually assaulting dozens of women, though he’s never been charged. But one accuser with ties to Hopkins says the school should cut ties.

FOX11NewsLosAngeles: Bill Cosby Deposed in 15-Yr Old Sexual Assault Lawsuit 10/9/15 Bill Cosby was scheduled to sit down for a deposition Friday in connection with a lawsuit filed by a woman who claims the comedian sexually assaulted her at the Playboy Mansion in 1974, when she was 15 years old.

CBS Sunday Morning: Bill Cosby’s accusers tell their stories 9/20/15 THE WOMEN accusing Bill Cosby of sexual assault face a long and difficult legal road. He’s been criminally charged with nothing, has admitted nothing, and many of the alleged offenses occurred years ago. Still, the accusers say they have stories that must be told — and several of them have been telling their stories to our Tracy Smith:

New York Magazine, 7/27/15 ‘I’m No Longer Afraid’: 35 Women Tell Their Stories About Being Assaulted by Bill Cosby, and the Culture That Wouldn’t Listen 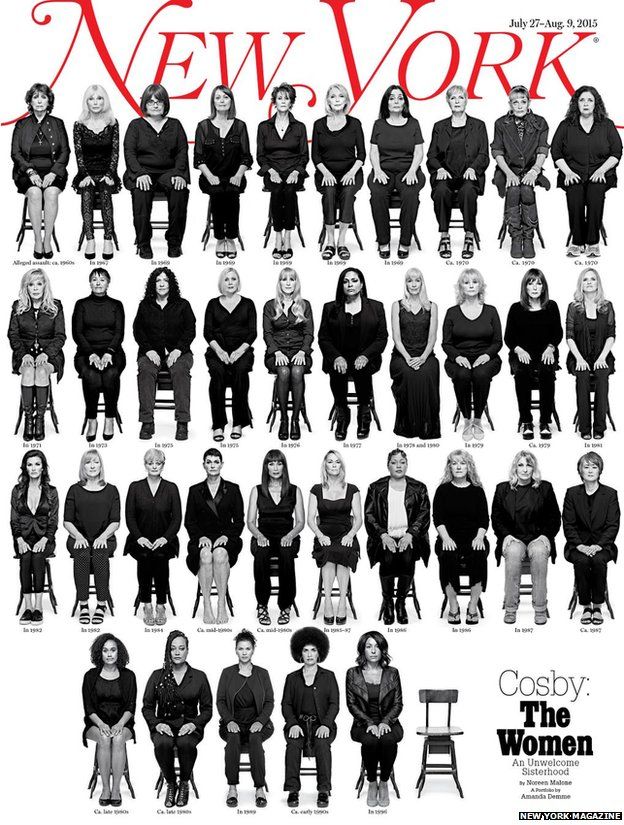 The Young Turks 7/10/15 Lili Bernard, who is accusing Bill Cosby of raping her, delivers a detailed and harrowing story of that night with Mr. Cosby as a response to Whoopi Goldberg’s defense of him.

Click here for pics and entire text of above Atlanta press conference statement, 5/2/2015

DAILY MAIL: After he won my complete trust, he drugged me and raped me:’ The Cosby Show actress and a writer come forward claiming Bill Cosby drugged and raped them decades ago 5/1/15 Lili Bernard guest-starred on ‘The Cosby Show,’ where, she said, Cosby gained her trust by mentoring her and praising her skills. Fryer’s Club, Manhattan, NYC.

Click here for photos and entire text of above NYC press conference statement, 5/1/2015