My interview and a photo of my artwork, along with a quote, are featured in this radio program and blog. There’s a link below where you can hear the radio interview. 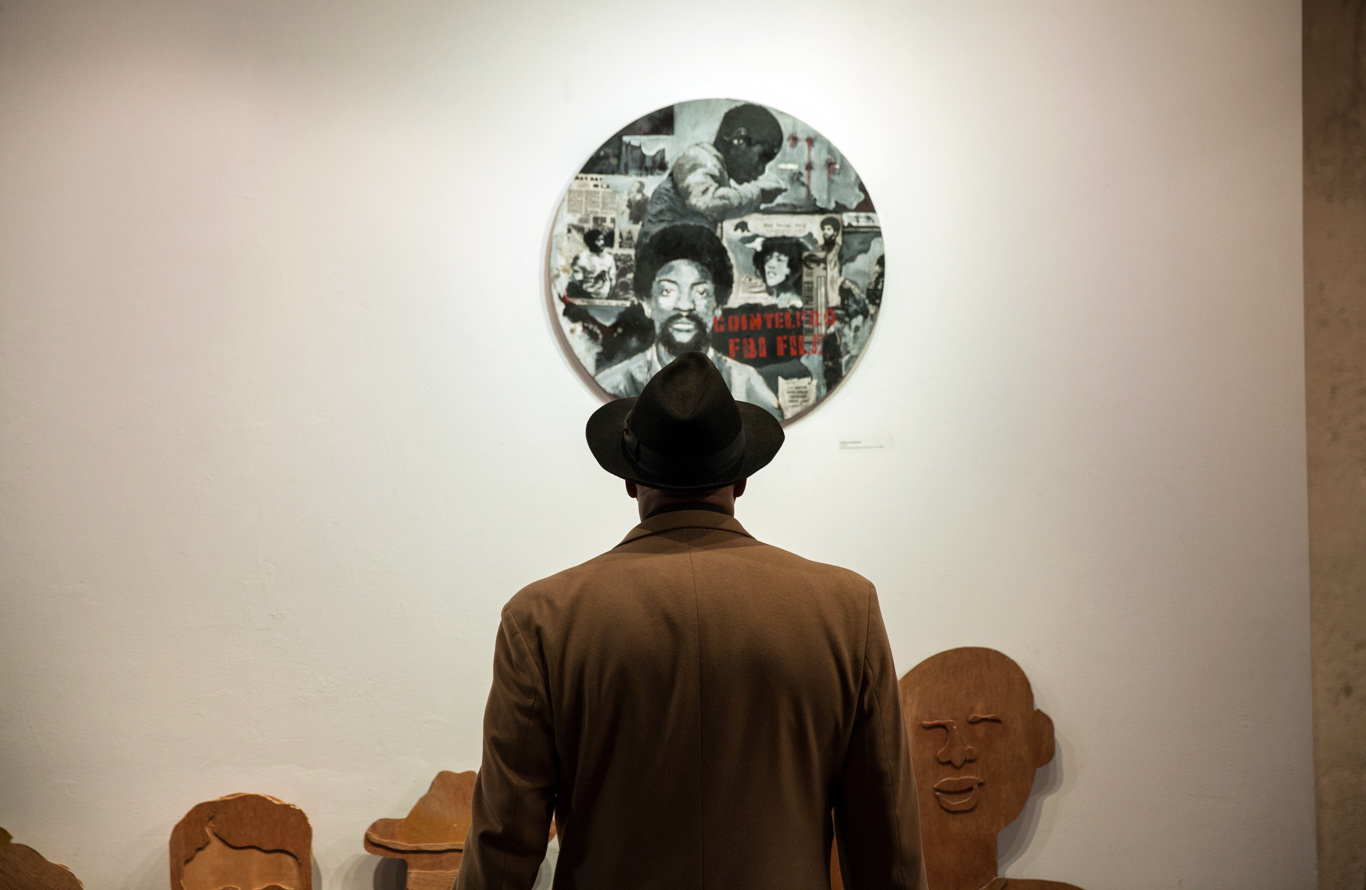 This photo and below by Michael Park

Tonight in the Arts District, a group show its curators believe is the first of its kind will open to the public. It’s called Rise: Love. Revolution. The Black Panther Party. The intent is, in part, to raise money for a support fund that helps aging members of the sixties revolutionary group, some of whom are still imprisoned. Organizers also hope to raise awareness of the Party’s mission among people who weren’t around or active at that time–which, organizers say, includes myth-busting.

“There are a large amount of people who look at the Black Panther Party and the first thing they think of is, ‘Guns, oh they kill white people.’ Boy, that just irritates me,” said Martin Gordon, an early member of the group who now works in Pasadena. “In fact, some of the major supporters we had for the Black Panther Party were white. People don’t understand that the real reason why the power structure hated us so much was not about guns. It was about organization.”

Artists called to participate in the show were directed to steer clear of perceived stereotypes. For her part, Lili Bernard created a chilling interpretation of racism’s causes and effects in her mixed-media sculpture American as Cherry Pie. “This is to show that racism is taught at an early age but so is love,” she said at the press preview earlier this week. 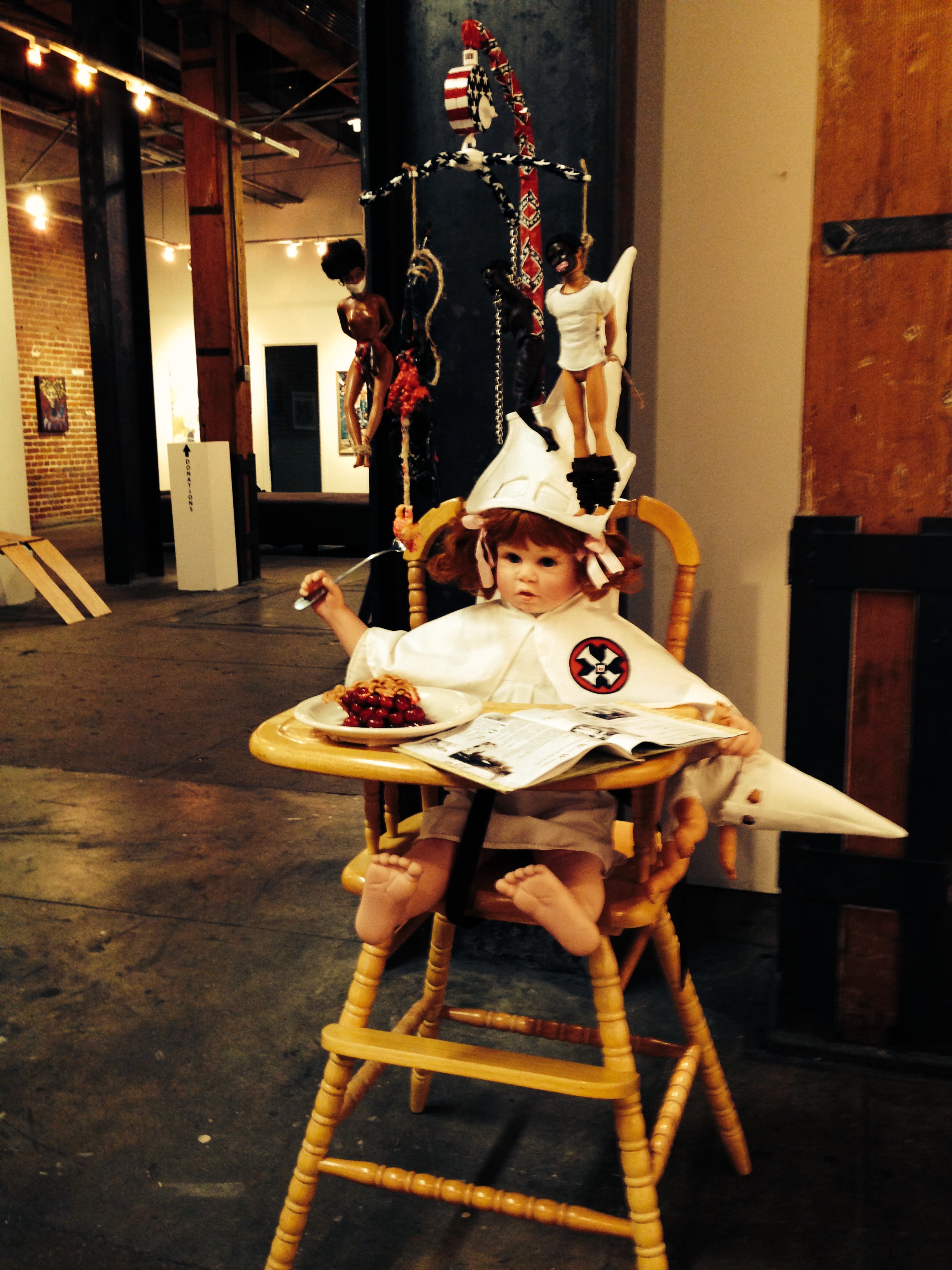