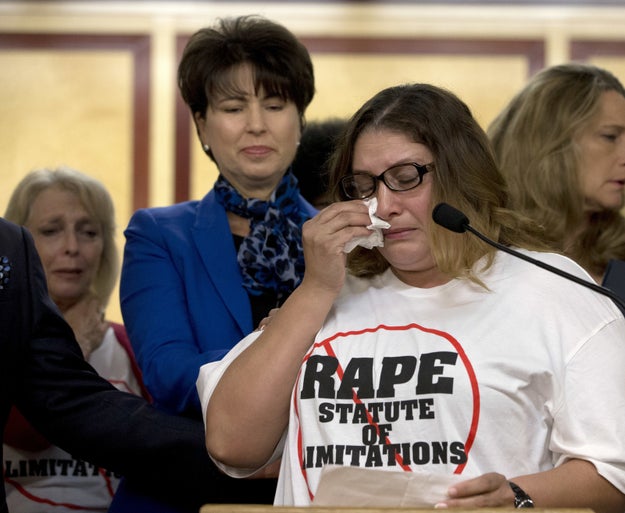 California will no longer put a deadline on the prosecution of rape and other sexual assaults.

Gov. Jerry Brown on Wednesday signed the Justice for Victims Act, which eliminates the criminal statute of limitations on rape, sodomy, lewd or lascivious acts, continuous sexual abuse of a child, oral copulation, and sexual penetration. Previously, a perpetrator could only be convicted within 10 years of the crime.

“Rapists should never be able to evade legal consequences simply because an arbitrary time limit has expired,” State Sen. Connie Leyva said in a statement. “There must never be an expiration date on justice!”

The bill had received unanimous support from Republicans and Democrats in the state legislature. The California Women’s Law Center was involved in drafting its language, and local district attorneys and the California Police Chiefs Association also supported it. Six California women who have accused comedian Bill Cosby of sexually assaulting them testified before lawmakers.

One of them, Lili Bernard, visited the office of each legislator with a box of evidence she had saved over the years related to her case. Bernard first went public with her story more than 20 years after she said Cosby drugged, raped, and threatened her. After learning her case could not even be considered by prosecutors because the statute of limitations had passed, she joined with other advocates and survivors of sexual assault under the banner of End Rape SOL to lobby for the bill.

The law goes into effect in 2017. Though it does not personally affect women like Bernard, she told BuzzFeed News earlier this month it was important to fight for others so they never face the same circumstances.

“We’re trying to turn our trauma into triumph for future rape survivors,” she said.

The law does not lower the standard necessary for a conviction. Experts have said work remains to be done in processing and preserving rape kits, as well as ensuring that law enforcement, prosecutors, and juries are not swayed by stereotypes about sexual assault. 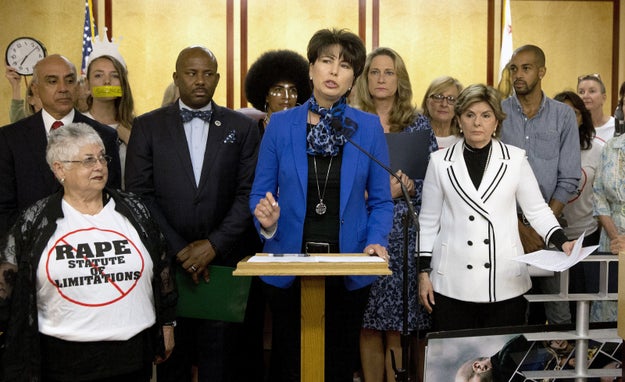 Earlier this month, Leyva told BuzzFeed News she hopes the law sends a message to survivors that California takes rape as the serious crime it is.

“We know it affects your life forever,” she said. “We just want to make sure you always have the opportunity to seek justice.”

Lawyer Gloria Allred, who represents a number of Cosby accusers, described the law as an important victory, even if it could not retroactively help her clients.

“The passage of this new law means that the courthouse doors will no longer be slammed shut in the face of rape victims,” she said in a statement. “It puts sexual predators on notice that the passage of time may no longer protect them from serious criminal consequences for their acts of sexual violence.”