By far, the most important, fulfilling and creative work in my life has been the rearing of my six children to whom I gave birth in a ten year span.  I am grateful to God for trusting me to usher these six souls into life on earth through their childhood.

Carving pumpkins on Halloween 2012 with my youngest two, my son Joshua and my daughter Zion

9 months pregnant with Zion. My 3 year old son Joshua is about to meet his sister. 2008, Los Angeles

Zion fresh from my womb

Dr. Carole Jordan-Harris, who is an art collector and activist as well as an ObGyn and surgeon, delivered all six of my children and has been a long-standing supporter of my art and arts activism .

A good look at my new little girl

Three year old Joshua is elated to meet the new baby of the family.

My parents and my husband’s mom anoint Zion’s head with Holy water at her baptism. She was just two days old. We went straight from the hospital to the church.

Exposing the six children to living history, here with Tuskegee Airman Oliver Goodall at our dear friend’s funeral, Tuskegee Airman Roger “Bill” Terry, June 2009, Los Angeles. Since 1994, I have been working on and off on a documentary film on Black World War II veterans. 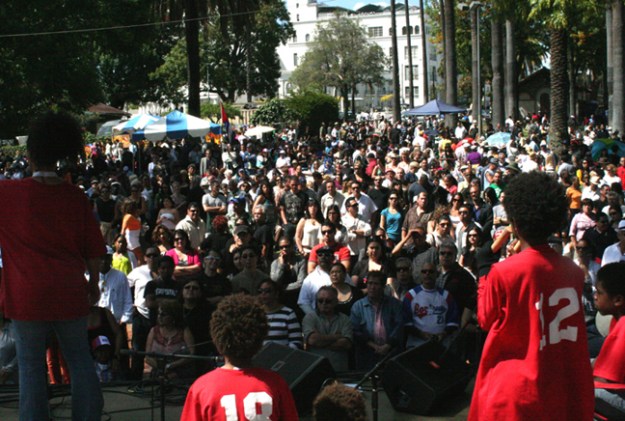 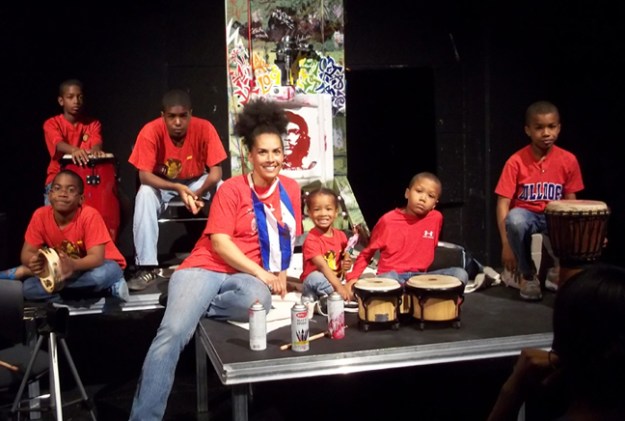 The children in front of my Chinatown, Los Angeles art studio, September 2010

In church on Christmas Day 2010

Visiting our friend, artist Willie Middlebrook, in the hospital a few days before he passed. April 2012 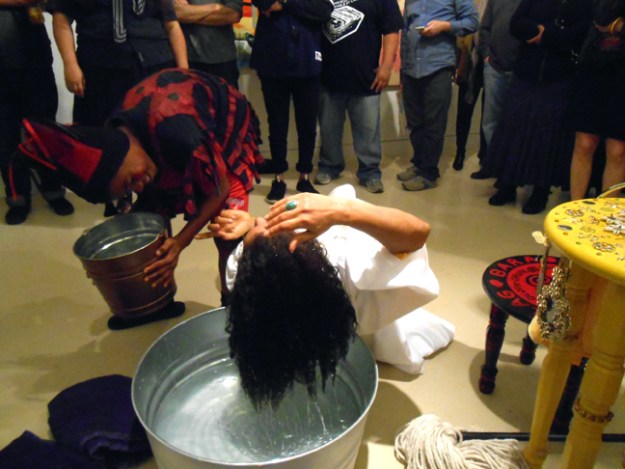 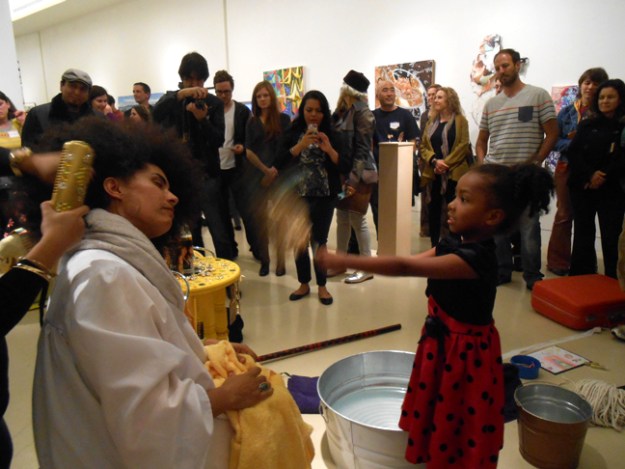 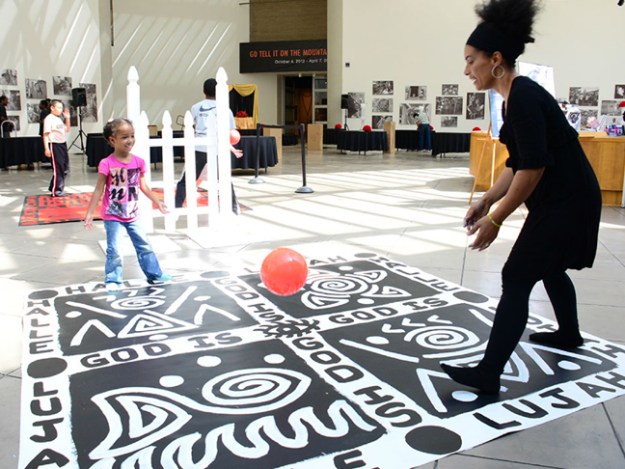 My daughter Zion and I demonstrate to the public how to engage in my installation, Orishas Through the Crossroads and the Gate, California African American Museum, Los Angeles, CA, July 2013